Made my final pair of skis for this season over the weekend. This time a pair of powder skis with dimensions 140/109/123 over all length of 183cm. After the base/edge gaps from the last pair I was a little nervous about how these were going to turn out but after reading one of Vinman's posts about having to straighten the coiled edges I spent time making sure they were as straight as possible before bending them to shape. It seems to have worked as I had very minimal gaps and then only near the tip and tail at the serious curves.

That is not to say there were not some issues. I finally bought a temperature gun to see if the heat blanket control temperature match the actual temperature...turns out that the top blanket was showing 82 degrees on the PID but was in fact 97 when measured with the thermometer. I assume that the bottom blanket which was inside the vacuum was the same so now I will have to adjust temps by ~15 degrees so I am not totally over shooting the mark.

Once hit the 40 minute mark I turned off the heaters but left the skis under pressure for a couple of hours until they had cooled off to garage temps. Once out of the press and the flashing cut off (which with the excess carbon fibre was a lot tougher, I went through 2 jigsaw blades!) I had a final camber of 6mm (not what I was aiming for but better than 10mm), tip height of 50mm and tail height of 20mm. The skis weighed 1.905kg and 1.899kg so not bad really. Unlike the last pair the bases were also very flat which I also think was caused by the coiled edges not being straightened out before use.

The only serious issue with this pair is that one of the skis has a twist in it. I have not started to research why this might have happened but I am assuming that they might have been a little crooked in the press, or maybe it was the CF as I have not used full sheets of this stuff in the previous two pairs of skis.

Either way, they did turn out very nicely, unfortunately I will have to wait until next year to try them out. 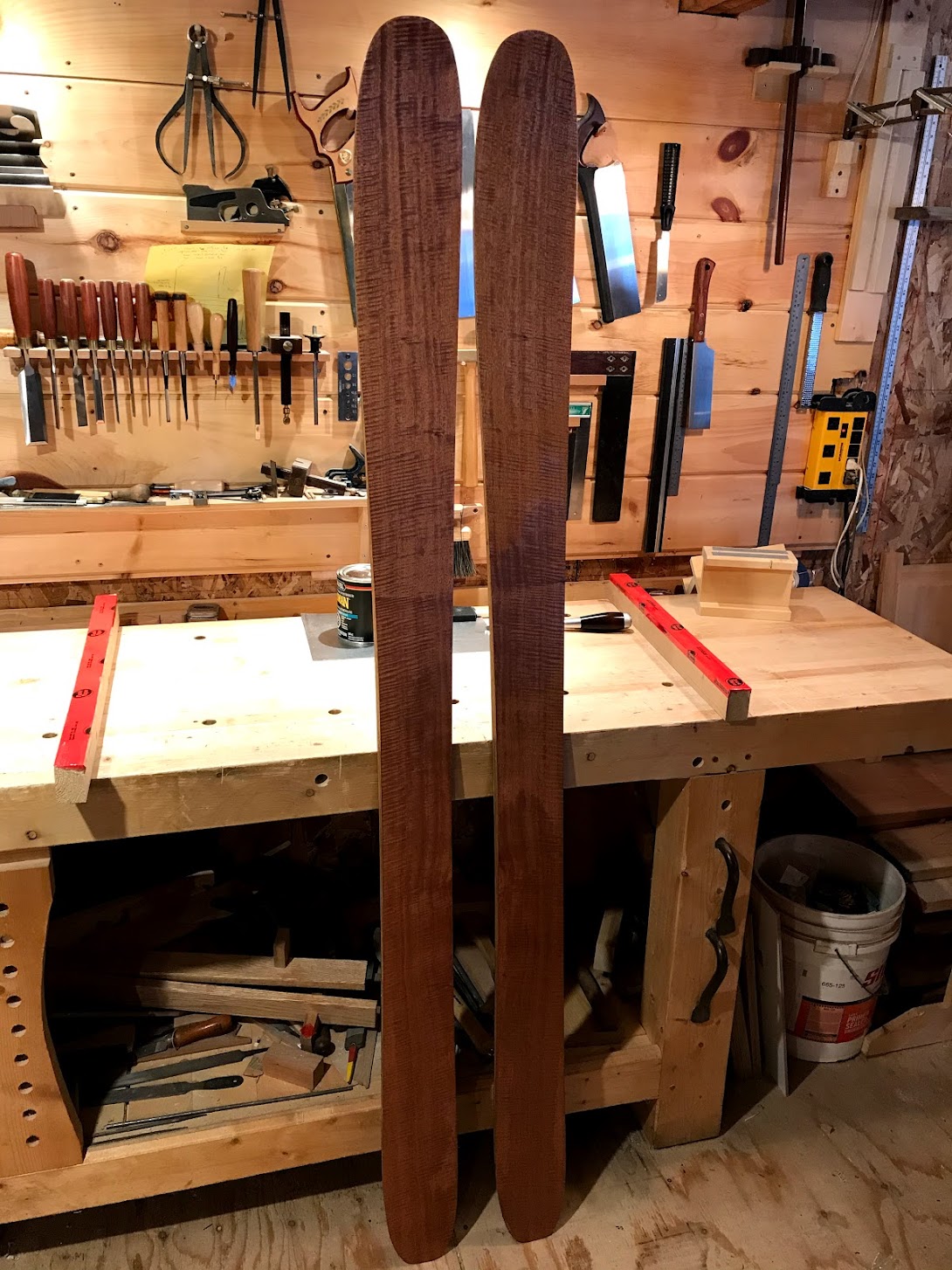 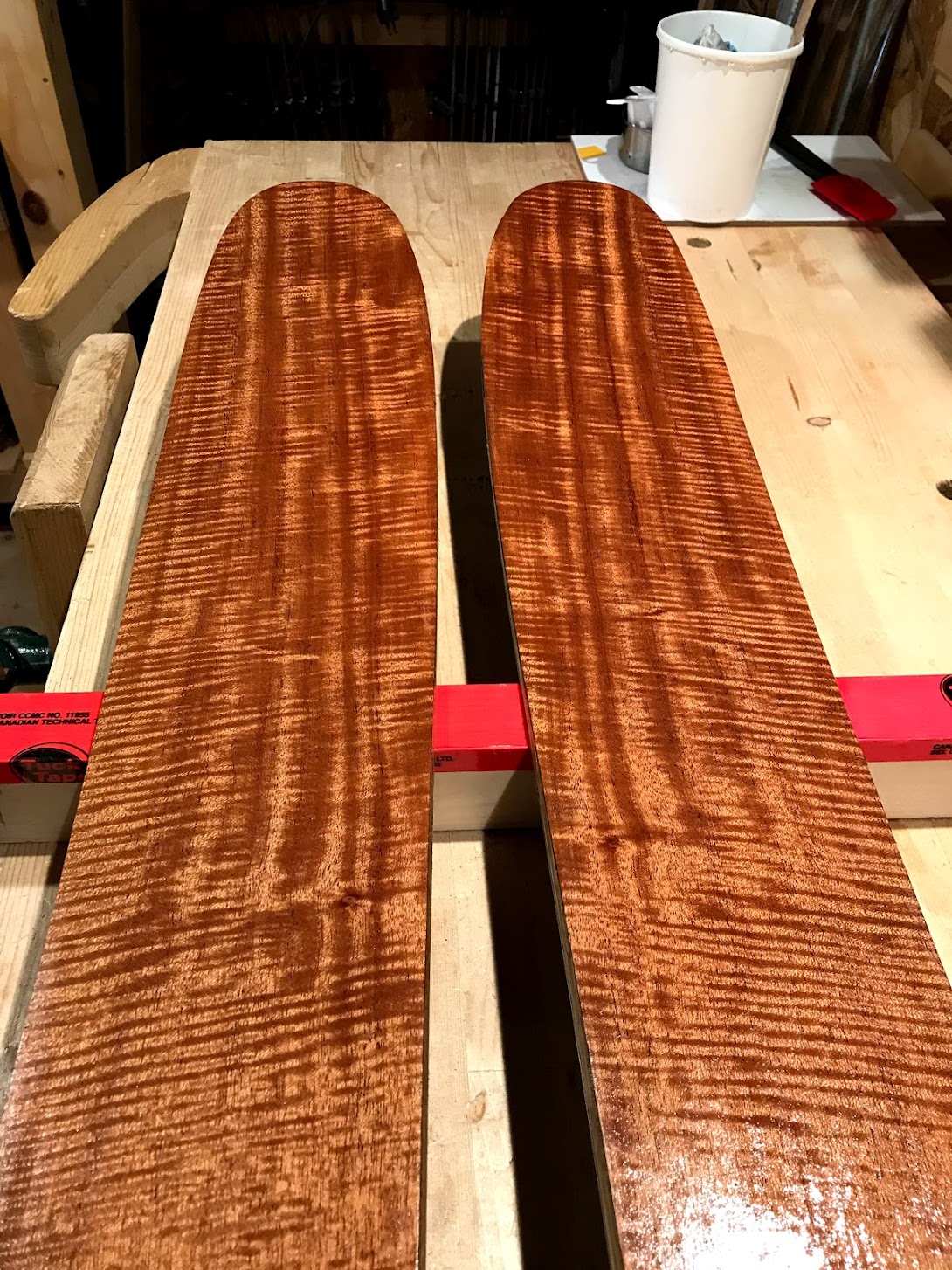