So, did they work, and how were they? Show everyone proof that your ride was a success (or even a complete failure)!

So I brought my first pair of skis out to gore mountain today!! These: 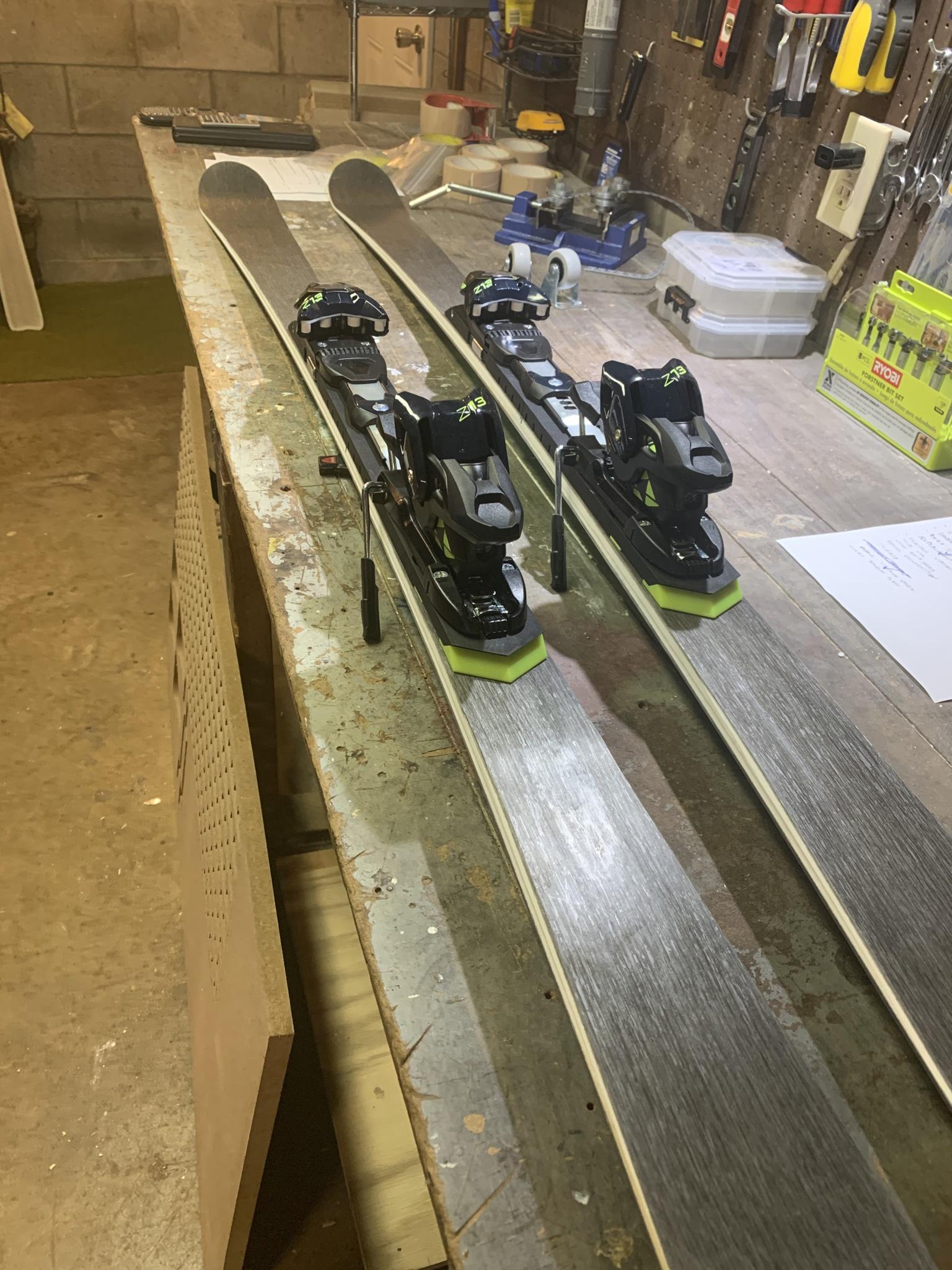 Here’s a video of some turns:
https://youtu.be/y0xGD8jEtrU

In general I was blown away! They totally shred! I brought my Fischer rc4’s and was switching off between runs to compare:

- they hold a really solid edge at speed. Sliced through ice and hard pack like it wasn’t even there.
- very quick and springy between turns, they had tons of energy.
- can definitely keep up with the Fischer’s in general.

- they weren’t as heavy and damp as the Fischer’s. (The rc4s have two layers of titanol). While the extra weight and dampening gives more stability at high speed, the light, energetic ride of the home-made skis weren’t necessarily unwelcome either.

- the skis came out with much more camber than I was going for - around 15 mm of it. The extra camber didn’t seem to affect the performance much, however they were a bit clunky to carry around. Bouncing on them in the lift line was kind of fun though lol.

- the sweet spot for cranking out tight turns seemed a bit too far back on the ski, like, if my weight was mostly forward, they would turn, but if my weight was neutral over the boot they really really cranked out turns. I wonder if this is a binding placement issue though, maybe I need to move the bindings back a bit further.

- the abs topsheet chipped a bit. It’s not a huge deal, but maybe abs isn’t the best material for the protective layer.

For my next iteration of this pair, I think a conservative amount of titanol (like a stringer or two) inlayed into the core would help to find a happy medium between springy/lively and grounded/steady at speed. That’s probably one of the only things I’d change though. Maybe it would make sense to experiment with either a dual radius side cut or moving the side cut back a bit to address the weight thing, but like I mentioned before it might be a binding placement thing too. Going to mess with that a bit.

Try sliding the toe and heel backwards to see if you want to move the boot center on the ski. The titanal definitely makes the RC4 damp and heavier. Sounds like a good ski.
Top
Post Reply
2 posts • Page 1 of 1

Return to “Test and Trip Reports: How Did They Work?”